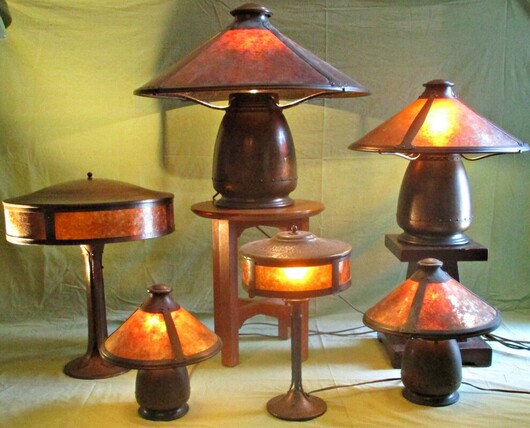 Northern California women and men made some of the most beautiful objects of the Arts and Crafts period. The synergy of the metal smiths in the San Francisco Bay Area is perhaps unparalleled elsewhere in the country. Their distinctive, collective designs influenced the work of other crafters in metal all across America. Their lamps in particular were considered to be some of the best lighting being made at the time.

Here, by way of an introduction to new collectors, are six examples from my own collection of the metal work of Fred Brosi who worked in San Francisco. They are unique and wonderful lamps I have collected and also sold in the shop over the years. I have a particular focus on the Arts and Crafts of Northern California which includes lighting, Art Metal, Art Pottery, painting and woodcuts, and furniture and am always looking for new examples to offer in my shop.

Featured Inventory
​
The following pieces are now priced and available for purchase. I hope to re-open the shop by appointment soon, safety permitting.....
​ 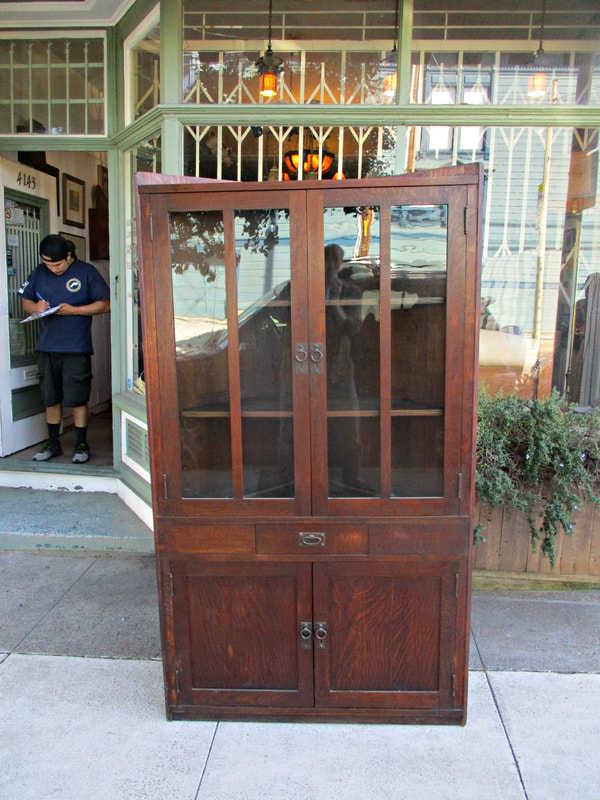 Rare Gustav Stickley corner cabinet, circa 1912. Original finish. double signed, paper label and burned in mark. The open construction of the upper doors with only a single muntin per door allows for clearer display of objects inside the case. It also features a small middle drawer which as far as I know is unique to this version of the firm's corner cabinets. 29" x 40" x 72". P.O.R. 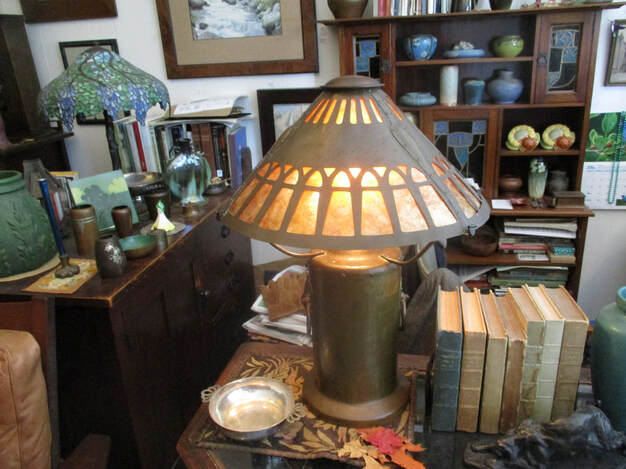 Rare Limbert milkcan lamp. 20"H x 15"D. Among Limbert's best lamp designs, I'm pleased to show it. This is only the second example of this form I have been able to offer in forty plus years. In that time, I have seen less than a half  dozen of these lamps.  $15,000 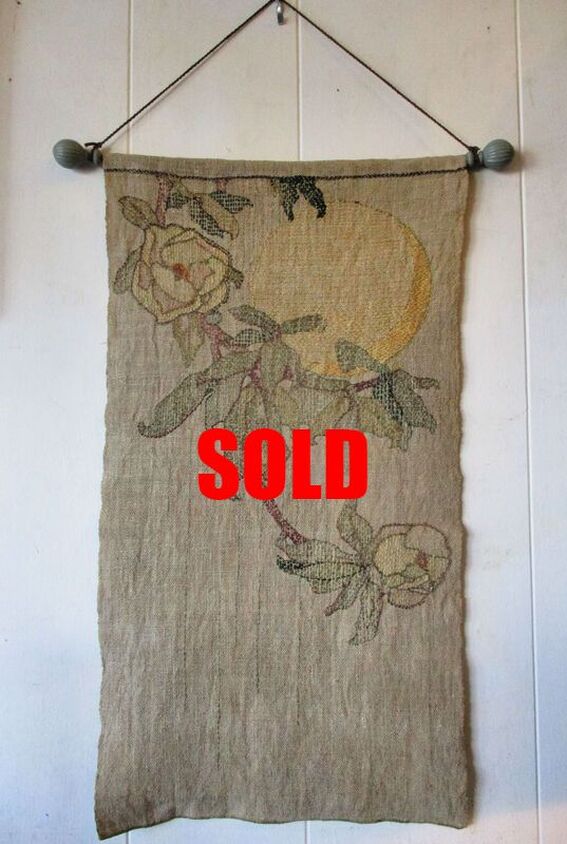 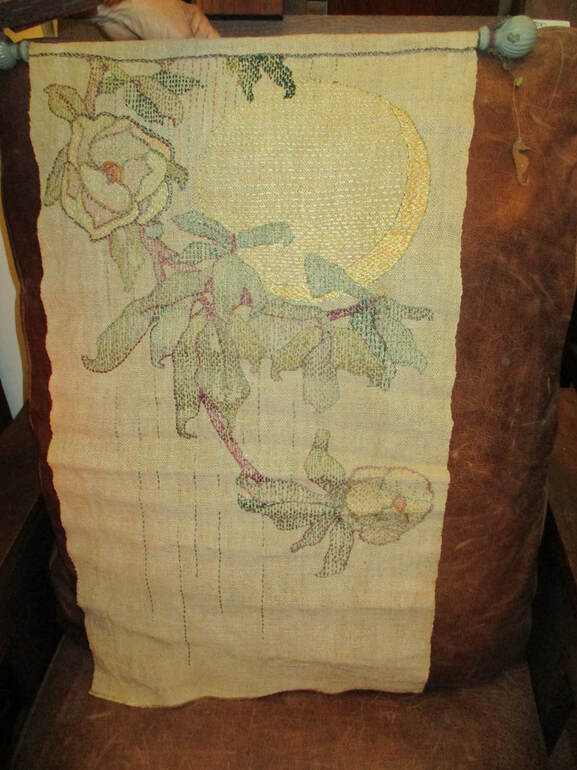 Another view of the wall hanging in bright light against a dark background which captures its artistry and the luminous nature of its many interwoven colors .
Rare Sophie Newcomb College Linen
​
Newcomb textiles are exceedingly rare. This one, by descent in the family, comes directly from the artist's granddaughter. What follows is her recollection of its maker and the linen's history:

Edith B. H. was born in 1903, in New Orleans. She lived on Constance Street.
She was my maternal grandmother.

Edith attended and graduated Sophie Newcomb College, and decorated pottery which was
sold in the shop.

Students were required to develop an original embroidery stitch. The embroidered hangin represented her stitch style. She told me that the silk threads were from China, and that the dyes or formulas for the colors of the threads "were lost", and no longer available after World War I.

Sadie Irvine was my grandmother's teacher and also her life-long friend.
​
My grandmother gave me the hanging for my thirteenth birthday. 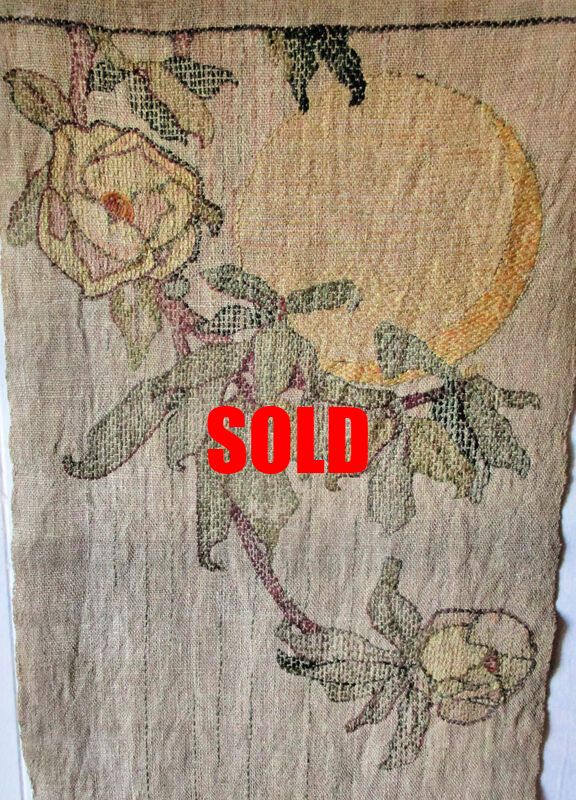 The wall hanging is complete, with no tears or missing threads. It needs to be pressed as it has been rolled up for quite a good number of years. That will be left to its next owner! Fortunately, being rolled up has protected it . There are perhaps fifteen colors of thread employed here and a variety of stitching styles as well.
Here follow two anecdotes about Mrs. B. her granddaughter shared with me. She has given me permission to share them with the public now as well:

My grandmother, known as Dee Dee, applied for scholarships to defray tuition costs for Newcomb but evidently did not inform her parents. She applied to the Daughters of the Confederacy under her maternal grandfather, Charles Barnes. She was denied and simultaneously discovered "the family secret": Charles Barnes had been a drummer boy for the Union Army.

After graduating Newcomb, Dee Dee took a brief librarian position in Texas, leaving her belongings at the family home in New Orleans, including many pieces of her decorated pottery. She returned to find that her mother cleaned house, and sold everything, from family antiques to my grandmother's possessions, to a junk man for twenty dollars.

My grandmother was childhood friends with Carl Weiss. His father was a family friend, and also a surgeon. The elder Dr. Weiss operated on my grandmother when she was three, saving her life. Carl went to the office of Huey Long and confronted him with a gun. Huey Long was shot, and history says that Carl Weiss shot him. My grandmother said Huey Long's guards were the ones who actually fired. Someone in my family has my grandmother's photo books from high school, with photos of Carl Weiss as well as the very handsome Maria Gonzalez....

The only other significant, comparable textile which has appeared on the open market in the last decade was one that was sold by Neal Auctions in New Orleans. It has the same measurements as the Magnolia wall hanging I am offering which comes to me from the maker's granddaughter. It was gifted to her by her grandmother, its designer and craftswoman, and has unique associated family stories some of which I am sharing here. The Neal Auctions textile achieved a price of seventeen thousand dollars ($17,000) and was purchased by the Deedee Wigmore Foundation and subsequently donated to the Metropolitan Museum of Art in New York.

​THE DIRK VAN ERP EXHIBITION IN HOLLAND ENDED OCTOBER 28TH. YOU CAN SEE INFORMATION ABOUT IT IN THE ESSAY SECTION ON THIS SITE. IT WAS SPECIAL! 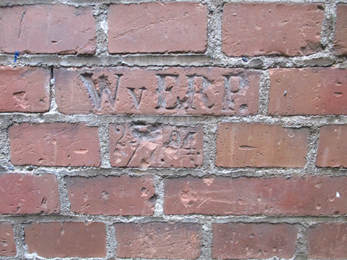 The founding brick in the lightwell of the old shop on Neuwestaad. 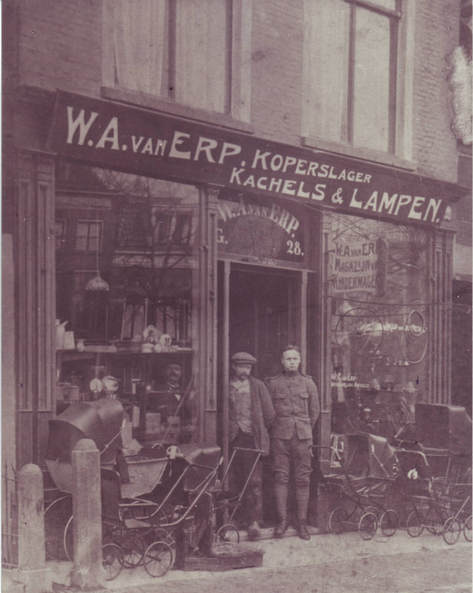 Outside the old shop when van Erp was still apprenticing there. 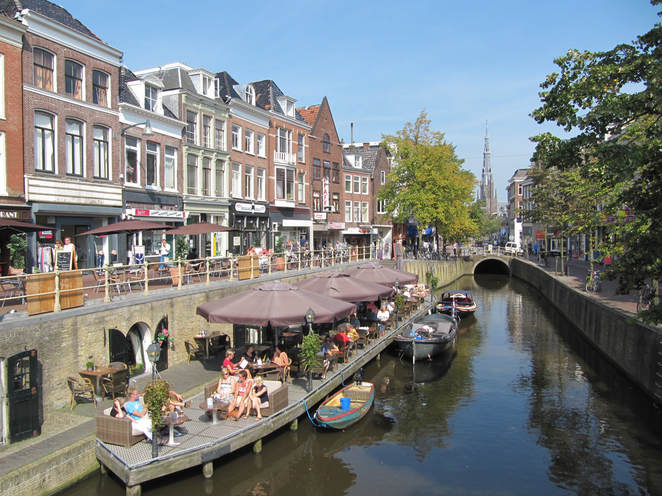 A stroll along this Leeuwarden canal leads one toward the historic location of the Van Erp shop.
Isak Lindenauer
4143 19th Street
San Francisco, California
94114
415 552-6436     email: isaklindenauer@gmail.com

If you'd like to be on a list to receive updates
about new inventory and special shop events, or if
you have particular "wants" to fill out your home, business,
or specific collection, please use the contact form on this
site and send me an email with your email address and
any other pertinent information.